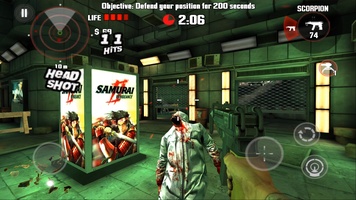 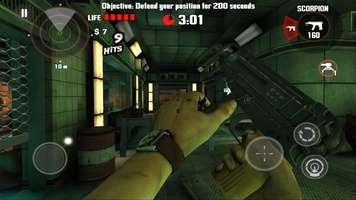 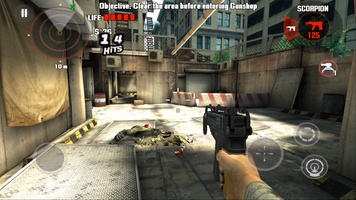 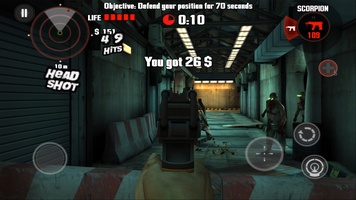 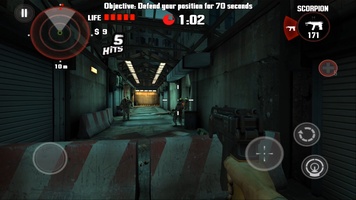 Advertisement
Dead Trigger is a first-person shooter action video game in which the player takes on the role of one of the few survivors of a world that is collapsing around him and in which all that matters is to die or to kill.

The game has a fairly extensive main story quest mission for one player that can last up to twenty hours; it also comes with a very interesting story on why the world is collapsing due to all kinds of catastrophes… and zombies being the main cause of death.

This is where your character comes into action, as he possesses an enormous arsenal of weapons that includes machine guns, pistols, assault rifles and shotguns to face the hordes of zombies that infest each one of the game’s many scenarios.

One of the game's strongpoints is its amazing graphics. The game, developed by the same team that brought us the impressive Shadowgun, has console-quality graphics that could easily compete with the best console games. It is incomparable to most other games for mobile devices.

Dead Trigger is an excellent first-person shooter action game that won't be giving you goose bumps solely from its terrifying story, but also from the large number of different levels and the many hours of fun it'll provide.
Reviewed by Andrés López Translated by Stanislav Sousek

Why is this app published on Uptodown?
(More information)

This game was excellent!

much money for guns

The game experience is very good, much better than other games of the same style. The music is very good, and the style of play is also very distinctive. Very good game, and you can make friends on it...

Zombie Smasher
Smash all the zombies before they escape!
Plants Vs Zombies 2
The most enjoyable zombies return to Android
Dead Effect
Gunfire, zombies and blood in space
Dead Trigger 2
It's the last battle for the survival of the human race
Zombie Tsunami
Lead an unstoppable wave of zombies
Zombie Diary
You're the only survivor of the zombie apocalypse
Into the Dead
Run away from the dead as fast as you can
The Walking Dead: Season One
The first season of the Walking Dead video game